Senior Max Hershley has never been one to be taken seriously by his classmates and teachers. Always up to some mischief, Hershley does nothing to dissuade people from labeling him as a class clown. Earlier this school year, right before winter break, Max was caught putting drawings he made depicting a sexually explicit cartoon Santa Claus with enlarged genitals in the freshman hallway.

“I am quite the class clown if I do say so myself,” said Hershley about his reputation. Hershley is known for his sinister looking artwork. He has a tendency for sketching bizarre looking characters. Max has a stack of papers in his room with 25+ drawings of off the wall, animal-human mixes, occasionally on fire. Hershley has also drawn outlandish characters that imitate his friends with features of other animals and creatures.

Although Max basks in the glow of the laughter of his peers, one thing Max’s friends don’t take seriously is his art. Hershley is a dedicated artist and has spent days on end perfecting his craft. Max’s art is occasionally used to mess with his friends in a creative way, but a lot of the art Max works on in his alone time he takes seriously. He works out every detail carefully and tweaks it until it is something he is proud of. Senior Teagan Schnebly’s told us her thoughts on Max’s art “I don’t really take Max’s art that serious but it’s actually super good.”

Many of Hershley’s friends have seen his art and a lot of them have similar reactions.

“A lot of Max’s art and drawings are super messed up but I guess I’ll give it to him that they are drawn really well.” Senior Tommy Gaughan admits about the art. “It is kind of fun to look at just because it’s so weird, it’s cool.” He now strives to show his art in order to get good grades. Max took an ordinary image of Darth Vader and created a visual of a half bloody half normal looking Darth Vader showing the contrast of the blood with the darkness that Darth Vader already resembles.

Hershley seems to think differently. “I think people take my art seriously, because I produce very fine and creative art that I think people will respect it.” When he was told a lot of his peers said his art was strange, Hershley told us, “Well that is true, but it is still very fine art.” The way that Max works on his art is an unusual way. Most people like to work in a quiet enviroment and focus on what they are doing, but not for him. “I work better with music and my friends around,” stated Hershley, “It makes me want to work better to try and show off to the homies.”

Hershley’s art isn’t based on any normal scale of the typical feelings, “I think good art doesn’t fit the normal objective.” The objective for Max is definitely just letting him do what his mind desires. It’s not easy trying to do something the teacher expects him to do rather than doing what his mind wants. “I don’t think i’m weird, I just think my mind is different,” said Hershley. Max hopes to continue his work when he’s off at college so he can “keep his imagination the way is.”

He now strives to show his art in order to get good grades. Max took an ordinary image of Darth Vader and created a visual of a half bloody half normal looking Darth Vader showing the contrast of the blood with the darkness that Darth Vader already resembles. Max is looking forward to keeping his work going for years and hoping to keep as many pf his drawing as possible. 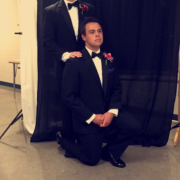 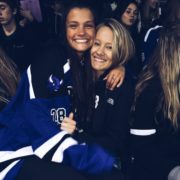 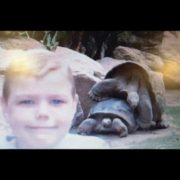 The Principal and Prom 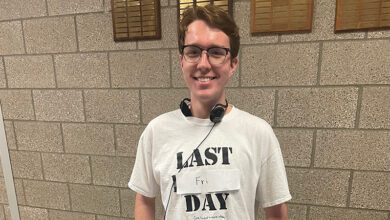