Elsa Peterson 23’ is a year-round figure skater. “It has always been a dream to skate on Disney on Ice,” she said. Peterson always wanted to be on the Homecoming court. “When they called my name it was really exciting,” Peterson said. Besides skating, she runs hurdles for track and is an NHS member. After high school, Peterson hopes to go to college to study biology or chemistry, possibly at UMD.

Ovie Mayo 23’ is involved in choir and theater. Besides those activities, he is in Tri-M and helps out with the talent show. “[Being nominated] felt nice to know people cared. It also felt a bit strange,” Mayo said. He plans to go to college and major in biology, hoping to become a pediatric physician specializing in Hematology.

Jordan Anderson 23’ says, “[Being nominated] means a lot that other people see leadership qualities in me.” Anderson is committed to Bethany Lutheran College in Mankato. She will be playing basketball there and studying nursing. Outside of basketball, Anderson works at KidKare and volunteers at nursing homes.

Matthew Scherber 23’ is the student council vice president this year. Besides student council, Scherber is a member of NHS, a wrestler, a yearbook writer, a knowledge bowl member, and does track and field. “Both my parents were homecoming king and queen in the 90s, so it’s cool to have something I can share with them like that,” Scherber said. His college plans consist of further studying Foreign Service or Policy.

Erica Kyllonen 23′ said “[Being nominated] meant that all the things that I had worked for and all the work nights and the hours spent on all the in-school activities was paying off, and my classmates were saying that I did a good job.” Kyllonen is the captain of the tennis team, a yearbook editor and photographer, and the student rep. for our school board. She is involved in NHS and is on the executive committees of this chapter. At the state level, Kyllonen is the vice president of Minnesota’s NHS. She will be attending UMD to study graphic design and advertising.

Blake Russell 23′ is in football in the fall and track in the spring. In between his sports seasons, he weights lifts. He is grateful to be nominated. “[Being nominated] is not something everyone gets to experience,” Russell said. He is on the fence about college sports and might go into the engineering or medical field.

Victoria Viteri 23′ said, “Feeling nominated was really special. You realize other people in your class recognize your work, positive attitude, and kindness. It is pretty rewarding after four years of high school.” Her best friend was nominated as well, which she said was fun. Viteri is the captain of the lacrosse team and plays soccer in the fall. She is an NHS executive, the sports editor for the yearbook, a lawyer for mock trial, and a bleacher captain. Viteri wants to study finance and do something with communication with people.

Lauren Miriovsky 23′ is involved in track and field, NHS, Educators Rising, yearbook, and Bison Connection. She wants to go to college and get a degree in elementary education and become a kindergarten teacher someday. Miriovsky said, “It is really nice that people voted for me to be up there. I was happy and very surprised.”

Deysy Quiroz 23′ said, “[Being nominated] felt good. I was excited.” She is an AVID student and in Educators Rising. Quiroz wants to go to college to possibly become an elementary teacher.

Raegan Wurm 23′ plays hockey and golf. She is also a member of NHS. “I am excited to be included in this group and can’t wait to participate in the activities. It’s an honor that my classmates and peers thought of my name when voting,” Wurm said. She wants to attend a four-year university and major in physical therapy or business/finance. 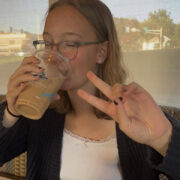 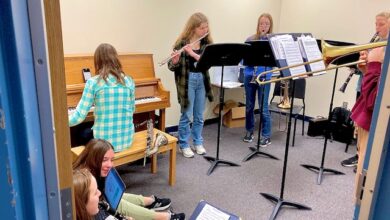 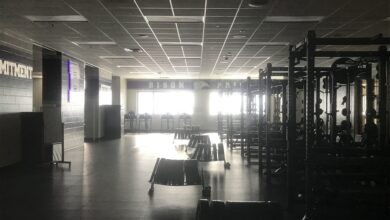 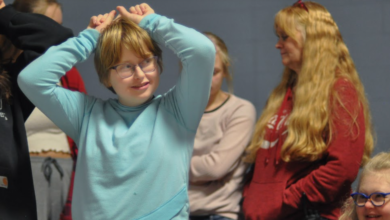