Change has definitely occurred at Buffalo High School. Physically speaking, the high school moved buildings to the current one back in 1997. After that, in this “new” building, there has been even more change in education and personality. Teachers who have been here for those 20 years observe these changes firsthand.

“The major change that I see is that we’ve become much more structured, much more clear about what our mission is and how we’re attempting to do it,” said BHS English teacher, Joel Squadroni, who’s been teaching at Buffalo for 41 years.

Squadroni thinks this structure has affected students because it’s much more clear about what they have to do and they’re better at accomplishing those things.

“I think this has just made their lives that much more complex because I think we live in a world where the expectations of students: to be adults, to be kids, to be involved in so many things; I just see kids busier and busier all the time,” said Squadroni.

This raised the question, is that a good thing or bad thing?

Squadroni believes the structure and clarity is a good thing. Having education more organized and planned is good but that can be done in an excess which might not always have positive results.

Having patience in learning is a good thing; Squadroni stated, “There are short term kinds of investments that can make us richer today but it might not be good for what we are as human beings in the long run.”

So we must be aware of these detrimental “investments” and that we can’t always do what’s best for the most.

These opportunities sometimes change the way teachers teach their lessons because they have to accommodate to the new classes.

Factors sometimes out of this school also affect teaching styles as Schneider stated, “Getting a masters degree and looking at other types of educational strategies caused me to change my teaching.”

According to Schneider, change is always occurring, “There’s something every year that changes how you do things. I don’t think there are many teachers that do the same thing year after year.”

If we’re changing every year, we must be careful to not fall into a pattern; as stated by Squadroni, “I think learning and teaching is an art more than a pattern.”

Squadroni also states that overstructure could result in a pattern so structure is not always positive.

Squadroni likes structure but also sees the negative aspects of it. Change has also affected his perspective on structure.

“I think if anything, [change] has strengthened my understanding of how [structure] is valuable but it’s also made me understand some of the limitations of [structure],” said Squadroni; “Structure needs to be a starting point not an end point.”

Also, in terms of change, we have been more focused on proving that we’re accomplishing things by measuring the academic success of students through tests and such. Squadroni doesn’t think doing things in this measurable way is necessarily bad but they are very limited.

“So in our attempt to prove we’re doing something we might actually be doing less so I think it’s something we have to be careful about,” said Squadroni.

Being that school is such a large part in many people’s lives, looking at change in the school can help evaluate the change in your own life and how it personally affects you. 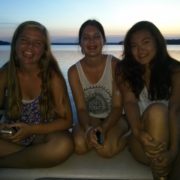 fake it till you make it

Where is the Student Section?