There’s a twitter page going around and being talked about called “Puck Sluts 101.” The page tells you things that girls usually say or do at hockey games. Puck sluts are girls that go to hockey games and claim that they know whats going on. Mainly the girls at the hockey games are for the sole fact of the hot boys or their boyfriends.

Urban dictionary’s definition of a puck slut is…. “A ‘hockey fan,’ usually female, who only like the sport because they hope to/already slept with the players on a team, and generally knows nothing about it.”

“I never heard of the term ‘puck slut,’ but when I saw the twitter page I couldn’t help but laugh.” said Kasmira Woodwick

“If I was on it or felt targeted I would find it offensive, but I think it funny my favorite tweet was the one about bringing my tanning bed to college.” said Madalynn Personius 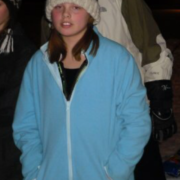 "Is mayonnaise and instrument?"-Patrick Star

Over 100 BHS Students Certified to Save a Life