After the discovery of Jux.com, a rising site that revolves around design and idea sharing, Juniors Samantha Sansevere and Erika Voeller made an effort to contact the CEO, Ted Metcalfe.

“Honestly, I felt a bit doubtful because it seemed unlikely that he would answer, but he did,” said Voeller, “I knew that it if we didn’t talk to him soon, he’d eventually be too famous to contact. He is the CEO of a fantastic website and he had great things to say.”

Dozens of BHS students are among the site’s first 60,000 members.

Metcalfe agreed to Skype with the students after they sent the message, requesting that Metcalfe speak with students interested in learning from a professional.

His response read: “We’d be delighted to talk about the messy process of making things simple.”

Journalism teacher Ryan McCallum had previously been making an effort to teach his students that same concept. After the district web filter blocked off Tumblr.com, McCallum searched for another site that his students could draw inspiration from.

When he discovered Jux.com, he shared it with his students, using it to discuss and evaluate the importance of design. After the class spent time creating accounts, exploring the site’s capabilities, and using elements of its design as inspiration, they made the effort to further their learning by contacting the CEO.

“I walked into the room and screamed because I was so excited,” said Sansevere, “I had been looking forward to it all weekend because I was really excited to talk to someone who was in charge of such a creative outlet of awesomeness.”

Approximately 35 students, some of which were not a part of McCallum’s class, attended the extra curricular meeting. The conference served more as a discussion as Metcalfe responded to student questions. During the discussion Metcalfe shared the purpose of Jux.com.

“We’re more focused on building a product that meets the needs of creators,” said Metcalfe. “Let’s make something fast, simple and easy to work with. We want people to be able to share and create easily.”

“We actually started with a different idea. That’s how it usually goes with start ups, right?”

“We really liked the idea of what juxtaposition came from–the notion of creativity.”

“It’s always a work in progress. We’re trying to do something that we don’t think other people do so much, which is a mix of application and media.”

“The answer is yes and no… It’s a different skill set, so we are going to hire and build that up later in the summer.”

“Seven people right now… It’s pretty common to get to market in a lean fashion.”

“By no means are we going to stick banner ads on peoples work.”

“Manual Curation… The best way is to look through it, pick what’s inspiring, pick a mix, keep it light.” 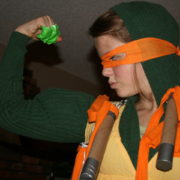 Valerie enjoys long walks on the beach with plenty of sunshine, especially when accompanied by her pet unicorn, Fido. In her spare time, Valerie is the Editor-in-Chief of The Hoofprint and an amateur clothing upcycler. Her favorite food is chips and super mild salsa. Even ketchup is spicy to her.

Preparing for the ACT

Opinion: What things couldn't you live without?