Every student at BHS is familiar with the idea of a teacher telling them to share a completed assignment with them on Google Drive. While it’s usually an efficient system, Google Drive malfunctioned over the summer, causing some students to lose all of the data that they had saved to it.

One of these students is Senior Jordan Prynce. “Throughout the whole summer, it wouldn’t let me log in to my email or Google Drive. I didn’t know why,” she said.

Early during the school year, Prynce was finally able to access her account again. “I went on,” she said, “but everything was cleared. I didn’t have anything up to that point. Everything I used to have was gone.”

Such an event is naturally frustrating, and an explanation is usually desired by anyone affected. Prynce never received one. “They never told me what happened. I have no idea why they couldn’t find any of my stuff,” she said.

However, there was obviously a reason for the sudden loss of data. Mat Nelson, the distict’s Director of Technology and Information Services, explained, “There is a driver that we use for identity management (IDM) that connects our user’s Infinite Campus, Server Drives, Destiny, and Google Apps for Education. This summer an error that was beyond our control occurred and there were three users that lost their Google Drive files. Efforts were made to recover the files, but in the end we were not able to recover them.”

Now that it’s become apparent that Google Drive is not infallible, it’s important to remember that there are other places to save data. “Errors can happen, and the only way to keep your files completely safe is to back them up periodically,” said Nelson.

For those considered about these errors, Nelson included a list of steps that can be followed in order to backup the contents of your Drive elsewhere, which is shown below. 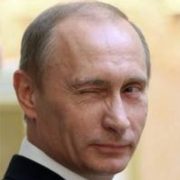 CJ is a lot of things. He's an author, a casual gamer, and is planning on telling his future children that the movie 2012 was a documentary.

Is The ACT Really A Fair Test?