The HERD Marching Band practices kicked off Tuesday, May 29th, with just over 2 weeks until their first performance. A lot can happen during that time though, and it has to: They have to play parades almost back to back for a week and a half, and they need to have their music and marching down pat.  Spending so much time together, the group becomes close and develops traditions unknown to the outside world. Here’s an inside look at marching band.

First of all, here’s the parade schedule for this year:

To get prepared for all these parades, practices are held from 8:30 AM to 5:00 PM Monday, June 11th to Friday, June 15th, with a parent performance afterward on Friday. This infamous week is nicknamed “sweat camp”, because of all the sweat the members accumulate while marching and playing outside in the heat. “Always wear a hat,” said 3-year veteran marching band member Luke McGorry. “This is for multiple reasons: It keeps the sweat from dripping into your eyes and onto your face, it gives some sun protection, and if you don’t bring a hat you have to take one from the “box of shame”. The box is provided for anyone who forgets, but it’s not exactly something to rely on. “The hats have been there forever, and probably have lice,” said McGorry. On top of that, by sweat week all members are expected to have their music memorized.

Sweat Camp Week is an especially big deal for The HERD as it is where 80% of their rehearsals come from. They spend the week preparing for their marches in the scorching summer heat. It builds up the band members stamina and allows them to get to competition level of performance quality, but HERD Band Director Scott Rabehl says there’s more.

“Because we dedicate this week to most of our season rehearsals, we don’t clash with other activity schedules, which allows more kids to participate. Because of these we will have one of the largest bands in the state.”

But it’s not all about the music. Despite many people disregarding marching band as a sport, it takes a lot of strength and endurance, as well as willpower. Carrying an instrument and marching ramrod straight for multiple blocks takes work. For Luke, who plays the snare drum, this is especially difficult. When asked what it feels like to carry his drum during a parade, he said: “Imagine trying to stand up straight with someone leaning on your back.” Another factor is the heavy black uniforms, with shoulder pads, that they have to wear. The more the members sweat, the heavier their uniforms become.

With so much work and the heat and all the other factors that make marching band hard, it seems like people wouldn’t volunteer for it, yet more and more people join each year. When asked why he chose to be in marching band, Luke said “Nobody really knows the answer to that question. It’s terrible, but everyone loves it. It sounds cheesy, but it is literally like a family. It’s a really good bonding experience.” The band has traditions just like any other family. “The low brass section always has a little pep talk before every performance,” said Tommy Chalupnik.  Each year everybody gets a name tag, and the returning members keep their name tags on their hats, so people who have been there for a long time have a hat covered in name tags.

“I can’t wait to see how the group we have will grow each year. The level they start at is miniscule compared to the level they end up at the end of the season….. I can’t wait for our Buffalo, Hanover, and Montrose parades. Performing for our hometowns is a great opportunity and the students always make it great.” – Scott Rabehl, The HERD Band Director.

Beginning a landmark 30th season with BHS, The HERD marching band has its sights set on another great season of marching and performing. With the students ready to put in their best effort and work to be the best they can be, we at Hoofprint.net wish The HERD the best of luck this summer.

Edit: Edited to include interview of Scott Rabehl 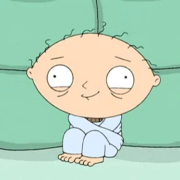 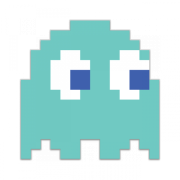 Recap Of How Spring Sports Teams Finished Their Seasons 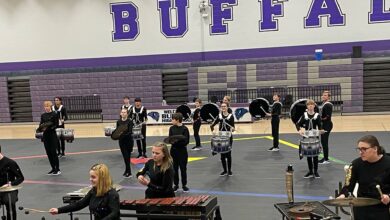