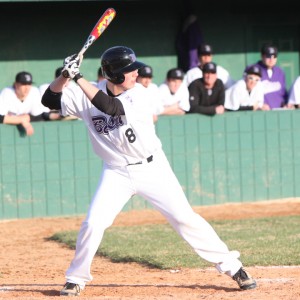 The Bison hosted the Prior Lake Lakers on Saturday the 28th at Bentfield Mills. This was the Bison’s first round game in sections 2AAA.

Sophomore Jason Senger started off pitching and made it through four innings with five earned runs. In the first inning Senger hit a single to left field then stole second. Next up Sophomore Brennan Gilyard hit a single, scoring Senger from second.

No runs were scored for either team till the third inning when the Lakers took a 3 to 1 lead over the Bison.

Leading into the fifth inning the score was 5 to 1 and Gilyard came in to relieve Senger. During the top of the seventh inning the Lakers had a couple back to back singles which brought in another run, making it 6 to 1.

Bases loaded with one out, Gilyard walked a Laker making it 7 to 1. The Bison put in Senior Matt Kelly and he finished the top of the seventh with a strike out and pop out to right field.

In the bottom of the seventh, Bison tried making a come back but fell short of winning the first section game. They lost 7 to 1 to Prior Lake.

Planning for Fun in the Sun