The Girls Softball team played against Saint Michael last night. The game came down to the second extra inning, in which they lost 9-10. The girls were down 4-8 after the 5th inning. They ended up putting up 4 runs in the 6th to tie it up. The next two runs to make the game 9-9 were in the 7th inning and the game-winning run was not until the 9th.

“We are a tough team, all of us are positive and we’re going to bounce back from this loss and try to achieve our goal to continue our season and go to state.” Said Zrust.

The girls now are put into a hard situation because of double elimination. If they lose one of their next three games they are done. They have two games Thursday, May 29th. Their first game is played against Elk River, and if they win that game they move on to play St. Michael again. These games will take place at St. Michael-Albertville High School. If they win their second game on Thursday they will have to play St. Michael again because of the double elimination rule. 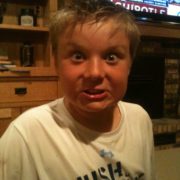 Retirees reflect on their time at BHS