After the slow start to the year, Buffalo Softball can’t seem to lose anymore. Buffalo just beat 5 ranked Moorhead 10-0, and beat the Number 1 ranked team in the section, Elk River, 4-1.

Five innings into the game against the Elks, the game was still tied 0-0. In the sixth inning, with two runners on base, Kenzie Pawelk hit a three-run homer to give Buffalo a 3-0 lead.

“It felt good to get back in the groove and to take down the number one team,” said Pawelk.

Madi Peters hit a single to score another run taking the Bison to a 4-0 lead. In the seventh inning Elk River got a run in to cut the lead to three. With two outs and two runners on base, Samantha Dondelinger made a nice grab to end the game, 4-1 in favor of the Bison.

Buffalo will face STMA Tuesday, May 28 in Saint Michael at 6 p.m. They’ve played them twice this season already and are 1-1 against them. Six teams remain in the double-elimination Section tournament, so the Bison are guaranteed to play on Thursday no matter the results tonight. Only four teams will remain in the tournament then. 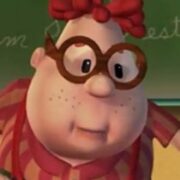