The Buffalo High School Theatre Department is performing A Year with Frog and Toad on April 26-27 at 7:30 pm and April 27-28 at 2 pm at the Performing Arts Center. They have been working hard throughout this winter preparing for the performance and are excited for the audience to see it all come together.

This play is a recreation of the children’s book, and in some parts in the play, there are even direct quotes from the books.

“I was a passionate reader for frog and toad,” said Junior Jack Lanners, “there are so many similarities between the books and the musical, it’s very interesting.”

The cast has been very dedicated to the impact that the play has on people; they want everyone who comes to see it, to leave with the message of the play. Through the course of learning the play, they have found a sense of appreciation for what they are doing.

“The fact that I can make a difference doing something that I love is really exciting,” said Emilee Feldman.

This play, which is based on a children’s book, has a much deeper meaning than expected. It shares many smaller messages within the story that are able to make an impact on the community.

“I really hope the audience takes away the message of the show, because even though it’s a kids story, there’s a deeper meaning behind it in the relationships that people have within their lives,” Sophomore Jillian Elton said. “I think we do a good job of portraying that for the story of the characters.”

The Theatre Department has put a lot of time and effort together to make this show happen and as the play gets closer the cast has definitely become more anxious to show the work that they have put into it, but also more importantly just having a fun time putting on a performance for the audience.

“I think that the stress level definitely rises, for me personally, I get super nervous before the first show,” Senior Emilee Feldman said, “but after we start going, the minute that the music starts you just turn into somebody else and you’re not worried about what other people think of you.”

A Year With Frog and Toad is something that the BHS Theatre Department is really proud to put on, and the past couple of months has been an experience that the cast members won’t forget. Everyone is encouraged to go enjoy the show this weekend. Tickets are $3 for students and $5 for adults. 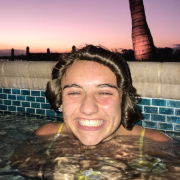 Is your BHM School Email Useful? 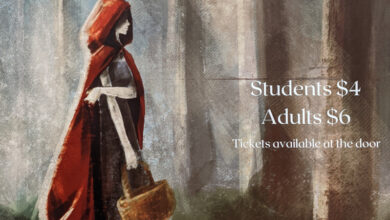