Next year, Buffalo High School is set to join one of the biggest and most competitive conferences in the state, the Lake Conference.

The Lake Conference consists of the three biggest schools in the state: Wayzata, Minnetonka, and Eden Prairie, all of which have enrollment of over 3,000 students, and Buffalo, enrollment of 1,865 students, will be joining this conference next year.

… but as a competitor, there is nothing better than this move.

Buffalo started to look for a new home after Rodgers and St. Michael-Albertville announced they were leaving the Mississippi 8 Conference. If you took those two schools out of the conference, Mississippi 8 was no longer a good conference for Buffalo. The M8 Conference would be left with St. Francis, Cambridge, Monticello, Princeton, Chisago Lakes, North Branch, and Big Lake.

“If you look at geographical relationship [how far away the school is] and compare enrollment size, it just isn’t logical for Buffalo to stay in the conference.” said Activities Director, Tom Bauman. On average, schools in the Lake Conference are 5 miles closer than schools to Buffalo than schools in Mississippi 8.

Rogers is joining the Northwest Suburban Conference next school year, and after this conference declined to let Buffalo and STMA join, the Lake Conference was the best option left.

“I hope we can embrace the underdog mentality next year”, said Bauman, “ Kids might even get enjoyment from being in this highly competitive conference.”

Brandon Maatz, junior on the varsity boy’s basketball team, said that he and his team are excited about the move. Their goal as a team remains the same: finish their season as conference champs, it will just be a harder road this year.

“With the change in conference from Mississippi 8 to the best basketball conference in the state [The Lake Conference], we will have to prepare harder than ever… but as a competitor, there is nothing better than this move,” said Maatz. 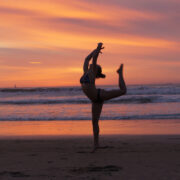 The potential of many changes in 2019-20 sparks student reaction