In order to combat students vaping, eight exterior bathroom doors were removed from student bathrooms. While some students have found this change effective, other students have been outraged by the change and are working to reverse the decision.

Students shared stories about how this affects them personally in their day to day life. Some felt the atmosphere of the hallways has changed.

“It’s gross,” said McKenzie Robeck. “Everyone can hear you and it’s embarrassing.”

“I don’t think that the school taking the doors of the bathroom off is going to stop students from vaping,” said Serenity Simmang. “It’s just going to provoke it more. I see more vaping now that the doors are off.”

Read more: Did removing the doors solve the problem?

“I don’t see how this is going to help at all. It’s only going to make the vape smell go away faster,” said McCormick Merges. “No matter what the school does, kids are still going to vape. Punishing everyone because a couple of kids vape isn’t solving anything.”

One student is stepping up to fight to get the doors back and show the negative impact of taking the doors off. Senior Teagan Woods is working to help students and administration work together more effectively. She has opened a survey and petition on the subject of bathroom doors. You can take the survey here and can sign the petition here as well.

Woods says that last year students had a much better relationship with the administration than this year. Students have said that they feel ignored and not trusted.

“Instead of approaching, the culture of BHS as a whole punishes the students and doesn’t listen to them,” said Woods.  “As far as I can tell, it is sending a message of distrust to students, and they feel less comfortable and less safe than they did before.”

This has been one of many changes over this school year. Over the summer, different security systems have been added to some doors. This combined with the recent announcement of next year’s schedule and policy changes have many students on edge and worried about the future.

“With the changes in schedule and the bathroom doors, they didn’t notify students, they simply did it and students had to reconcile with that with no reason given why they did it, no explanation,” said Woods.

Some students have been worried about security and comfort of a basic human right.

” I personally have been wanting to do data collection from students to be able to see a change through data.” said  Woods. “I would ask about this because I do not know if the administration is doing this. They have not said anything. But if they do something like this, somebody better be collecting data, somebody better be showing the effects.”

“I think we have an amazing administration. They have shown they want to work with us, and they want to listen to us. This is something we have heard every year. We have a duty as the students to hold them to that standard.” 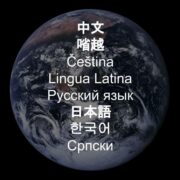