We wanted to know what some of the worst dates that happened at BHS were, and these were the best responses.

We were hanging out, seen a movie, got some lunch, and were chilling out in the car. We had lost track of time and her parents called. She lied about where we were, saying we were on the road driving. After that she blamed me for it, saying “I hope you understand I can never speak to you again.” Of course I was instantly confused and offended by what she said. We made up and then she broke up with me about a month later, again lying to me about why.

I was driving [my date and I] on our way back from [Space Aliens] and I crashed my car. Visibility was awful with weather and the oncoming driver was in my lane and hit me head on. Luckily we were both okay! Woke up with all my airbags inflated and my car totaled in a ditch.
Still got a second date.

[This] was a while ago he took me out to go get sushi we had a good time, and he took me to a hockey game. He met up with friends he found at the game, and he ignored me the whole game, so I told him I was going to go to the restroom and get something to drink. I got back the game was over and he left me at the game. I called him, but he was already on his way home and had to turn around to pick me up.

So it was my birthday and my boyfriend ( let’s call him X ) and I decided to hit up the local sushi place near Walgreens to celebrate, and we were in the middle of ordering food when 13 people walk in. I [thought] nothing of it and finish ordering. Meanwhile, X has completely clammed up. I ask [him] what’s wrong and he said, and I quote, “That’s my entire f****** family.” They come over (all 13 of them) and start heckling him and making jokes. They told me this was his first date, nonetheless first Girl FriendTM. The night only went downhill from there when they were seated next to us in the surrounding tables. The entire night was just him being quiet and them making jokes about him. I felt bad for him, we’d only been dating a month at this point. We finish eating and left right after paying, in too much of a hurry to even tip. After leaving, he’s literally in the middle of apologizing when a tire goes flat. He calls his dad and he comes and picks us both up, with all of X’s cousins. The only seats available were shotgun and one in the back corner of the minivan. It was a very, very quiet 15-minute ride to my place. He gets out of the well-used minivan that’s just covered in rust to say goodnight to me. At this point, it’s 8 [o’clock], and it’s pitch black outside. He trips on one of the stairs up to my front door. I help him up and say goodbye, and I thought he was going in for a kiss, but he high fived me. If you’re reading this, I’m sorry there wasn’t a second date.

[My date and I] went to Albertville Outlet Mall and while we were walking, my stomach made a very loud noise. I realized I needed to go to the bathroom, NOW. I started running down the walkway as my date laughed and cheered me on. Let’s just say I didn’t make it to the bathroom, so on my way, my date and I stopped in the Reebok Store and I had to buy a new pair of underwear. Then [my date and I] walked to the bathroom and [I] went in and changed. My date thought it was the funniest thing ever and told me not to feel embarrassed. It took me a while before I got over the traumatic incident.

We went to see one movie but they weren’t showing it anymore so I told him he could pick a different one to see and he picked LEGO Batman.

By Caitlin Drews and Hazel Wintermantel 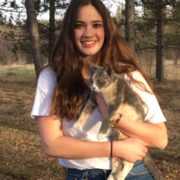 "You've gotta follow that dream, wherever that dream may lead." -Elvis 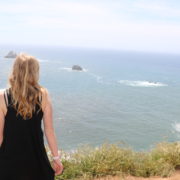 Sometimes you just got to lay on the floor with your dog.

Are YOU addicted to Fortnite Battle Royale?

Will Spring Sports have to be Played in the Snow?