With prom fast arproching on May 7th, a lot of preperations are being done. People are decorating, planning, and scrambling to get things ready for the Garden of Lights themed prom. It takes a boatload of people to make the night perfect, but a very familiar face to the high school isn’t really feeling the stress. Principal Mark Mischke talks about prom and his role during the night.

“Prom is a night full of possibilities and wonder for kids, and as a principal you do want them to have fun.

“I would describe my perspective of prom as being a parent to 500 some students. You want them to make good choices, but you don’t want to be oppressive, you want them to have a good time. It’s fun seeing the kids at Grand March — all dressed up and smiles on their faces.

“A lot of teachers, I think, agree with me that prom is more fun than stressful, and, because of that, chaperones are plentiful. Prom as a principal isn’t this huge ordeal, that’s why I don’t think it’s too stressful. Supervision is kind of my only job, I don’t have to do a ton of planning or anything.

“Of course, if someone makes a bad choice, I have to deal with the aftermath, but the reason I am there is so that doesn’t happen. You probably came into this interview expecting me to talk about how stressful prom night is for a principal, but in reality it isn’t too bad. I definitely wouldn’t ever wish that there wasn’t such thing as prom. As a principal, I want the best for the students in the school, and for the ones who go to prom they seem to have a good time, and it’s fun for me to see the students in the school be happy.” 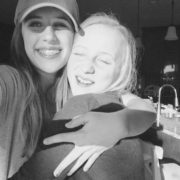 Senior Strives to be Taken Seriously

For better or for worse; your studying routines are set in stone