A dim light shined over the stage as the FFA State officers called the last few Career Development Event (CDE) finalists. After three long days of competing, sleep deprivation, and never being able to change out of official dress the Buffalo FFA Chapter was exhausted and ready to go home. FFA State Convention is a social event for most of us, but competing comes in at a close second place. As we study and practice every week to earn a trip to Nationals. Sadly, the odds haven’t been in our favor this year.

Although everyone was tired and ready to go home a light shined in one girl’s eyes. Maggie Socha a Buffalo High School Junior, had gone through two rounds of the Prepared Public Speaking CDE and had advanced to the final round. The top five made an appearance on stage to receive a plaque and see who advances to nationals. Maggie had been practicing her speech for months and had been in this CDE for a few years. Everyone had faith in her, and our chapter couldn’t have been more proud of her making it into the top five.

As the day dragged on we all fought to stay awake for one single moment,  to see what place Maggie would get. Tensions were high and the time couldn’t go by any slower, she was the last CDE called and we couldn’t wait. As the end grew near our adrenaline went up and our stomachs began to drop as they were called out onto the stage.

A girl that had showed true passion for agriculture was about to prove how much she loved it. As they began to enter the stage we all stood up, waiting and watching. Only the top four got recognized and congratulated. It was anyone’s guess what would happen next, as the room fell quiet time seemed to also stop, no one could image what Maggie was feeling. As we peered over the railing out in front of us the names began to get called.  From fourth to first, names we didn’t recognize or care about were being called. Fourth then third and second, finally two people were left. One to go home with it all, and one whose name wouldn’t even be mentioned. We grabbed each other’s hands and held our breath. “This year’s first place winner, who will be advancing to nationals is Maggie Socha from the Buffalo FFA Chapter!” Says the announcer. Instantly tears filled our eyes and our hearing was temporarily lost. A girl who spent countless hours working on her speech, practicing, and performing it had gotten exactly what she deserved, a chance to compete with the best of the best at nationals this coming October. The first person to make it to nationals from Buffalo in years. An unforgettable event that was an honor to experience. 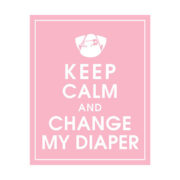 I spend about 98% of my time on the volleyball court. Besides that I love joking around and never taking life so seriously.

Senior Strives to be Taken Seriously