“I am Yo, and you are Tú, if we’re not on a first name basis, saying Tú is rude…” the 1st block Spanish 1 class and Mr. Onell sang. We were learning subject pronouns and eager to advance in this language. Everyday, we would walk into a room decorated with motivational posters on the walls, a teacher who was so passionate about his job, and an atmosphere where everyone is celebrated for who they are. This went on for two wonderful months, and then, just like that, it was gone.

On Friday, March 18, 2016, Mr. Mischke called everyone’s home saying that Mr. Onell, a very dedicated teacher, had passed away unexpectedly. This could not be true. He was so full of life every single day, how could he be gone just like that? That weekend was filled with tears, thoughts, prayers, and memories. To be honest, I dreaded coming back on Monday.

As I approached the room, I saw flowers and posters with notes from students. When I entered A-215, there was an uncomfortable silence that filled the room, the only thing breaking it were the muffled sobs coming from various kids with their heads down on the tables. I noticed the boxes of Kleenex placed on every group of tables and the pieces of paper lying there. Tears slid down my face as I remembered the fun we had with Mr. Onell. They are all happy memories, but how could he be gone? No one could get over the fact that he was not going to walk in. Class would never be the same.

Mrs. Eiynck, our substitute for the week, stepped to the front of the classroom and read a note from the family explaining how he had passed away on Friday. It was impossible to get through that note without crying. As we were utilizing the Kleenex boxes, Mr. Mischke came and talked to us about this tragedy, and assured us that if we need anyone to talk to, there are many people in the building that would be more than happy to help. All of the students were thankful for the support from staff members, but it would not bring Mr. Onell back to us. Nothing would. To finish out the day, we doodled our favorite memories of him on the sheets of paper.

After Spring Break, we walked into the room and saw a teacher — Mr. Stoesz. Mr. Mischke introduced him and turned the class over to him. Mr. Stoesz is a short man with grey hair. He was a Science teacher in previous years, but has had extensive Spanish experience.

As of now, we are adjusting to our new teacher’s style and giving forth our best effort in memory of Mr. Onell, a person who impacted so many lives in such a short amount of time. 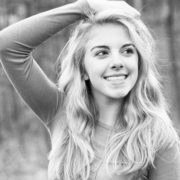 Two sports, Too Much?

King Me; Chronicle of the legendary checkers game