“Crispy strips of all white chicken breast, premium dipping sauces… this is luxury lunching.” Wonder what McDonald’s is referring to? They’re describing their discontinued chicken selects, but they have made a surprise appearance back on the menu for a limited time.

The chicken selects were first introduced to the McDonald’s menu back in 1998. They were discontinued in 2013. 2 months before McDonald’s  announced the trimming of their menu. This “trimming” came with the chicken selects and fruit & walnut salad. The likelihood of this decision was probably because of the decreasing sales in U.S. They believe the decline was because of the nations increasing knowledge of the health issues appearing in McDonald’s customers.

The selects returned to the menu about 2 weeks ago. Mcdonald’s stated they will only be available for a limited time. Why would the chicken selects return now when they weren’t selling well back in 2013? The most likely reason is because of the dwindle in chicken prices. It’s cheaper than other meats right now, such as beef and pork. Another possible reason is because of Mcdonald’s CEO recently stepping down. McDonald’s never voiced why the selects have returned.

The kids at BHS are taking the return very seriously. There is some mixed feelings on the new addition.  “Chicken selects being back on the menu means that I’ll be eating at least 2 meals a day at Mcdonald’s.” says junior Cole Shuherk. Students like Cole are very pleased with the return. Students like, Junior, Max Hershley are not as pleased. “The chicken selects still ain’t KFC.” He was still disappointed. Whether you like them or not they are back but for how long no one knows. 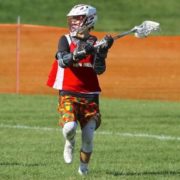 The Sleepiest Day of the Year