One Act Play has done it two years in a row, they received a star at state. The cast performed Goldstar, Ohio by Michael Tisdale. They worked very hard to get that far and it paid off in the end. “[Their performance] was probably their most solid performance of all, their best performance.” said Director Tract Hagstrom Durant

“They were very well prepared, but they’re also kids and you hope it’s going to be solid, but you never know if the nerves will get to them,” said Hagstrom Durant. Clearly that didn’t happen with the cast having a fantastic performance and receiving yet another star. 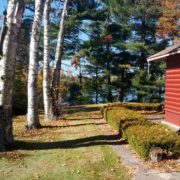 Dance or Cheer leading: Which should be school funded?