“I have died almost eight times”.

What what?  Does that really say eight times?  Almost dying that many times is very unusual for almost anyone, but for Senior Sydney Segelstrom that isn’t unusual.

“It isn’t normal for me per se, it’s just a part of my life,” Said Segelstrom.

And almost dying has been a part of Segelstrom’s life since she was born.

“After I was born I slipped off the delivery table and the doctor caught me by my ankle,” Segelstrom said.  “Then in the end of seventh grade a horse crushed me into a door.  [Senior] Presley pulled the horse off of me.  I blacked out when that happened and it messed up my right arm nerves.  I write strangely now and I can’t feel it.”

Even though it seems Segelstrom has almost died a number of times, it doesn’t scare Segelstrom. 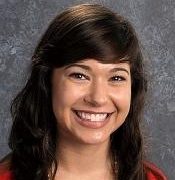 "Twenty years from now you will be more disappointed by the things that you didn't do than by the ones you did do. So throw off the bowlines. Sail away from safe harbor. Catch the trade winds in your sails. Explore. Dream. Discover." -Mark Twain

Within Reach of the State Tournament

A Different Route to School