Recently, the debate about gay rights has been getting intense. Many states have been voting and legalizing the rights for homosexuals to marry, while others are still stuck on their decision. Minnesota is currently poised to become the 12th state in America to embrace gay marriage and if the they vote to allow it, the law will take effect August 2.

The Minnesota Senate is deciding on this issue today, and Governor Mark Dayton has said he would support the decision if it passes. The bill was approved by a 75-59 vote in the Minnesota House of Representatives on Thursday, paving the way for today’s Senate vote.

BHS students also have varied opinions on the situation regarding gays rights. We asked a few of them about their views; what they think the Senate should decide, what their views on gay marriage are, and what influences their views.

“I think that Minnesota should allow homosexuals to get married without there being an issue. Everybody should be equal and I feel like in ten years we will look back and think about how horrible it was that we discriminated against gays, just like we do currently with the situation that we had a while ago against African Americans,” said Senior Olivia Laskey.

Even though some students agree with legalizing their rights, there are many religions and traditions that view being gay as a sin. Some people who don’t believe homosexuals should have equal rights are not afraid to express their opinion even if the majority of U.S citizens support gay marriage.

“I don’t support gay marriage because of my religion and how I was raised. God made us to reproduce which is only possible with a female and a male. But on the other hand, I have a friend who is gay and so it’s really hard for me to choose a side,” said Junior Chelsey Henson.

While there are people who agree and don’t agree with this conflict, there are also people who feel mutual about it.

“I just don’t see why I have to have an opinion about everything, I’m 16 and me having an opinion isn’t going to change anything. I love everybody and I don’t care what you do in bed or who you do it with,” said Sophomore Alyssah O’neill.

By Hali Hanson and Ciara Pepper 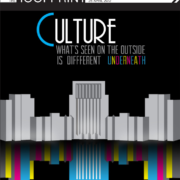 Students break out their dance moves at the 2013 Adapted Prom