Family and Consumer Science (FACS) teacher, Julie Mundahl received the FACS Teacher of the Year award from the Minnesota Association of FACS Teachers.

Mundahl will formally receive the award in February, whenshe will have to deliver an acceptance speech.  To be chosen for the award Mundahl had to select a project that she does in her class to show the other board members. The project Mundahl chose was ‘My Life at 25,’  where students practice the financial aspects that they will have to deal with later in life. This same project won another award last year from the Minnesota Economics Association.

“The recognition is very satisfying,'” said Mundahl. ” It is very encouraging.”

Mundahl is now applying to be a candidate in the American National Association where she could become the   National FACS teacher of the year. 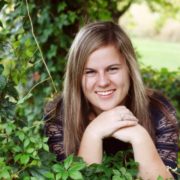 I am a Senior, I can be quite crazy once you get to know me, and I love giraffes.... Live life as if you'll die tomorrow. Dream as if you'll live forever.

Seniors fill the courtyard for the 2013 class photo

In a sea of 1800 students, which voices stand out to a student without sight?